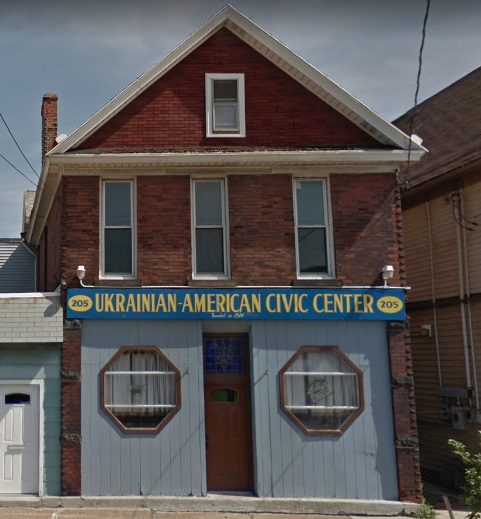 The Ukrainian-American Civic Center, also known as the "Narodnij Dim," Buffalo’s Oldest Ukrainian American community center established at the turn of the 20th century. The current building located at 205 Military Rd. Buffalo, NY was built in 1914 to serve the needs of the growing Eastern European immigrants centered around the Black Rock neighborhood.

At the time, the neighborhood was bustling with industrial activity, with a multitude of factories in the neighborhood, including Pratt and Letchworth Steel, Pratt and Lambert Paint, and Pierce Arrow. By the mid-2000, club membership was nearing only eight members.

Under new leadership, The Ukrainian-American Civic Center, as it is currently known, has welcomed a new generation of patrons with a series of special events including a raucous Oktoberfest celebration. Be sure to sample a bottle of Ukrainian Obolon beer or one of the other Slavic selections. The club is open to the public on Thursday and Friday evenings.

Saturday, May 21, 11 AM – 6 PM - Help for Ukraine Fundraiser at 200 Como Park Blvd, Buffalo, NY 14224. Ukrainian food and baked goods, basket raffle, Ukrainian merchandise. All proceeds go towards the support of victims of war in Ukraine. See it on Facebook

Sunday, May 29, 11:55 pm - Memorial Day Midnight Ride for Ukraine at College St, Buffalo, NY 14201. Wear your blue and yellow colors in solidarity, multiple random stops, bonfire and music at the end. Ride starts at midnight, bring a bike. See it on Facebook

We must fight the war against Russian lies and disinformation.

Click the links below for sample letters, addresses, phone numbers and emails: