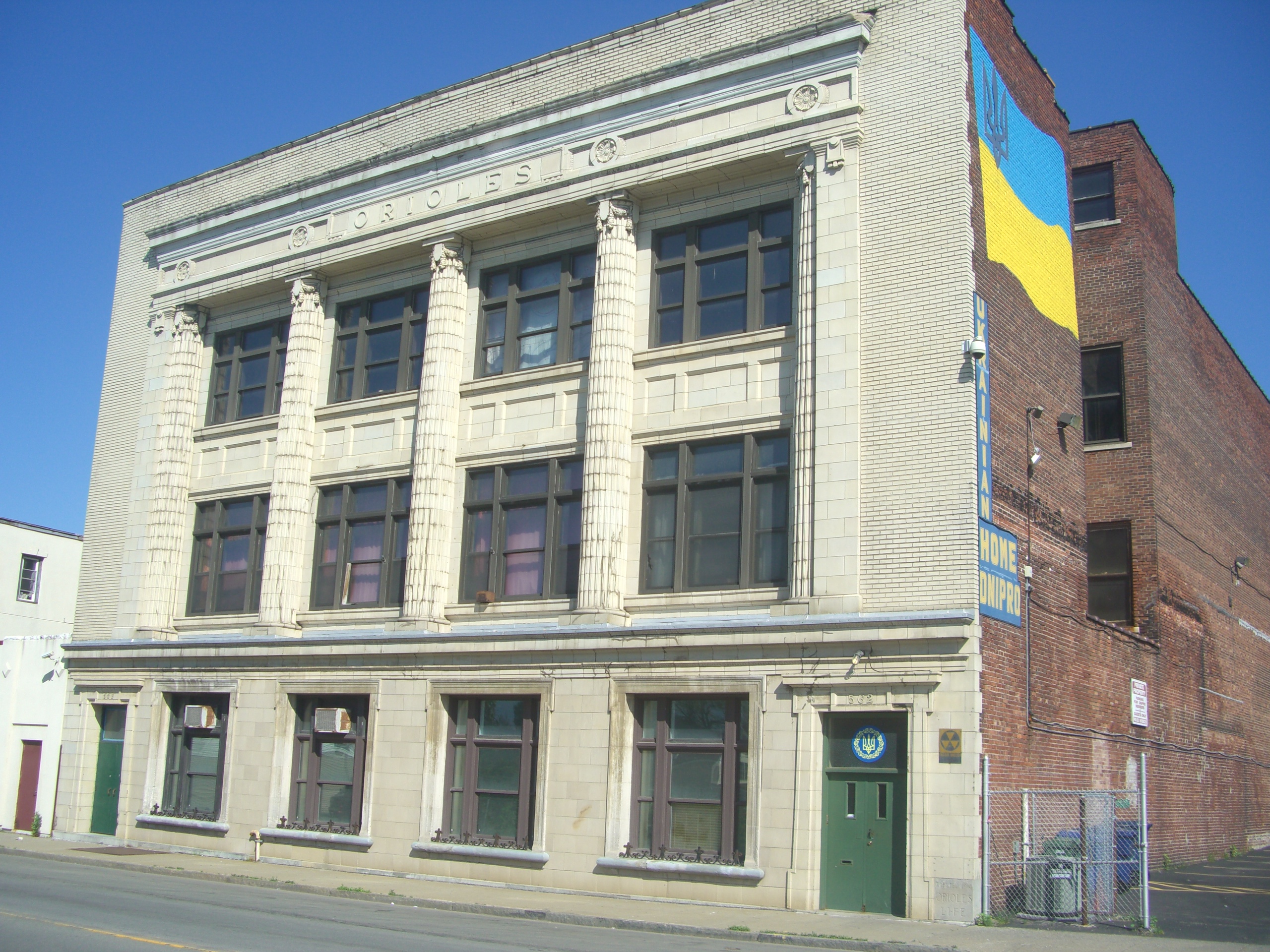 Dnipro Ukrainian Cultural Center, located at 562 Genesee Street in Buffalo, New York was built in 1914 and purchased by the Ukrainian American community in 1955. Most of the founding members were recent immigrants to America that had been displaced from their Ukrainian homeland by World War Two. They sought to establish a community center where they could maintain their cultural identity, pass their heritage onto their children, socialize, and organize political structures that would continue the struggle for an independent Ukraine.

So it was natural that they would name their new Ukrainian Home after the largest river in Ukraine; which flows past the capital of Kiev south to Odessa, and empties into the Black Sea.

Over the course of the past half-century, Dnipro has hosted hundreds of profound and life-changing events; such as weddings, christenings, concerts, movies, children's programs, banquets, lectures and meetings. For decades, almost anything important that happened in the Ukrainian American community in Buffalo, happened at Dnipro, or was intensely discussed at Dnipro.

In October of 2005, we celebrated our 50th anniversary at Dnipro. To prepare for the future, Dnipro has initiated a fund raising campaign to modernize our building and provide more, and better, services for the Ukrainian American Community in Buffalo and Western New York. Dnipro is a part of the Ukrainian American Freedom Foundation, which is an IRS recognized “501C3 charitable organization”. All donations are tax deductible.

The Dnipro Fund for New Tables and Chairs has a goal of $7,000 with the purpose of making events in the Main Hall (Velika Zalya) more comfortable. A donation of $250 per family will buy one round table and 8 chairs.

The Dnipro Building Renovation Fund has a goal of $100,000. We have already paved the parking lot and installed a new heating system in the Taras Shevchenko Library. Additional projects include restoration of the front façade and columns of the building, replacement of the roof (which is in very bad shape), additional work on the heating system, electrical and ventilation upgrades, and complete repair and painting of the interior of the building.

Dnipro Ukrainian Cultural Center is a Non for Profit 501(C)(3) Thank You for your donation!