In an article in Dzerkalo Tyzhnia, Horbulin argues that the main participants in the war have exhausted themselves. The Donbas has become a black hole from which Russia, its creator, cannot escape.

One year ago, the Russian military expanded its push into eastern Ukraine once it became clear that Europe and the United States had no interest in standing up to Vladimir Putin's latest gambit—at least not in any way that would deter him. The core of the problem with the West's response is that economic and political measures cannot stop a dictator's tanks or defend a commercial airliner from a Russian missile. Putin consistently

Ukraine's parliament has passed a measure that would allow foreigners to serve in its armed forces.

The legislation, which cleared a final reading on Tuesday, comes as tensions persist with Russia over the separatist insurgency in eastern Ukraine. Ukraine and Western governments allege Russia is

The October 2 Paris Summit with German Chancellor Angela Merkel, French President François Hollande, Ukrainian President Petro Poroshenko, and Russian President Vladimir Putin produced no breakthrough for peace in Ukraine. But it provided additional proof that, for the moment, Putin wants to lower tensions in the region. The parties spoke about three issues: the withdrawal of armaments, the timing and conditions of elections, and OSCE monitoring of the region controlled by Putin's proxies in eastern Ukraine. The handling of these issues puts most of the onus on Moscow and its agents, and the Kremlin's follow-through should be seen as a test of Putin's intentions.

Congratulations are due to Vladimir Putin for his shrewd speech at the United Nations General Assembly. The Russian president deftly positioned his country as a key arbiter in the Syrian civil war, doubling down on support for the “legitimate government” of President Bashar al-Assad. (Never mind that neither Assad nor his father ever had to face a real election, so I’m not sure what constitutes “legitimacy” here.) And he did his best to depict Moscow as a loyal adherent to United Nations principles while castigating Washington as a mischief-maker always sowing chaos by dodging the rules of the international community.

Russian President Vladimir Putin is strengthening his negotiating power with the European Union, and the United States, in the standoff around Ukraine by backing Bashar al-Assad in Syria and bombing rebel militants there, even if they do not belong to Islamic State.

Not only is Russia now setting the pace in the conflict in Syria, he is also forcing the western allies to put a lower priority on the removal of the Syrian president as part of the military and political solution of the conflict.

For the western European countries, fighting Daesh/Islamic State in Iraq and Syria

Putin Views Obama as Being in ‘Panicked Retreat’ from the World, von Eggert Says

Staunton, October 6 – Vladimir Putin views Barack Obama as being in “panicked retreat” because of the latter’s decision to extricate the US from wars in Afghanistan and Iraq and believes that it would be foolish not to exploit the possibilities that such a drawdown in American power present, according to Konstantin von Eggert.

But in doing so, the Moscow analyst says, Putin has opened the door to even more problems for himself as the conflict continues not only internationally but at home where most Russians and especially Russia’s predominantly Sunni Muslim community oppose his support of Assad. 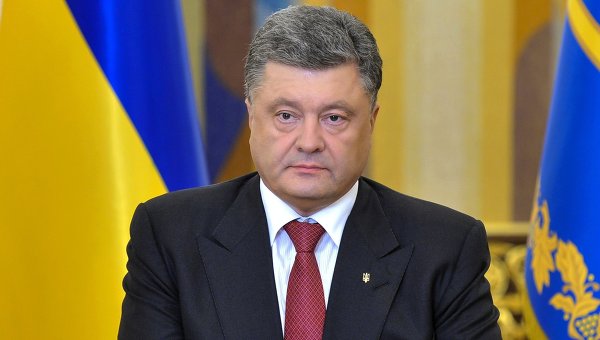 Obama said he approved supplying counter-battery systems to the debt-troubled Ukraine, Poroshenko said, according to a transcript of the broadcast on his Web page. The weapons will be used to help Ukraine detect artillery and multiple rocket launch fire, according to a White House official, who